The apiculture or beekeeping industry in New Zealand has experienced significant growth over the last 10 years, and as of April 2016 is now overseen by Apiculture New Zealand, the peak body which administers and represents the industry.

Despite a poor harvest season in the past 2016-17 year, and issues such as fake mānuka honey [1] affecting credibility in recent years, the industry is in a growth phase, and the aim is to grow New Zealand honey exports from $315 million in 2016 to $1.2 billion by 2028. 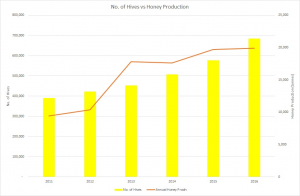 Total registered hives reached 684,046 in June 2016, an increase of 108,174 hives from the previous year, and more than double pre-varroa levels. Strong market demand for mānuka honey is driving the increase in hive numbers, with expansion led by corporate and iwi investment.

The main issues facing the apiculture industry are ongoing concerns about bee health, competition for apiary sites, and maintaining the confidence of overseas consumers and regulators in the integrity of New Zealand mānuka honey.

The recent discovery of myrtle rust in New Zealand and its potential danger to mānuka and other plants has raised a new question and will necessitate intensive research into the likely impact this will have on the mānuka honey product category.

Myrtle rust is a serious fungal disease that affects plants in the myrtle family, which includes pōhutukawa and mānuka. In early May 2017, it was found in plants at a nursery in Northland, the first detection of the disease on mainland New Zealand, and has since spread to Taranaki, Waikato and the Bay of Plenty.

Honeybees are kept primarily for honey, pollen, propolis, beeswax, pollination services of food and seed crops, and the sale of live bees.

While honey, and particularly mānuka honey, has received most attention, demand for pollination services is increasing with ongoing expansion in several horticulture sectors including kiwifruit, pipfruit, avocados, stonefruit and blueberries.

The widely reported incidence of the sale of fake mānuka honey overseas has prompted the Ministry of Primary Industries to develop a scientific definition to authenticate NZ mānuka honey. This should ensure that NZ mānuka honey has verifiable criteria to support its premium pricing and preclude imitators from the market.

Despite this increase in the number of hives, especially in the North Island, hive yields for 2016 in many areas were down on recent years due to a range of factors including weather effects, irregular flowering of certain crops, and hive stocking issues.

South Island hives yielded better than those in the North Island, led by Canterbury, which had a particularly good season. Mānuka honey yield was quite variable across the country and even within beekeeping areas. Mānuka in Northland performed well overall, while the Coromandel had a poor season with heavy rain over the Christmas-New Year period. Later-flowering mānuka areas such as Taranaki and the central plateau also had a poor season, due to frequent rain and cooler temperatures in January and February 2016.

The value of New Zealand’s pure honey exports increased by 35 percent in 2015/16 to $315 million, driven by a lift in export prices. Bulk honey accounted for only 560 tonnes (6 percent) of export volume, down from a peak of 3799 tonnes (51 percent) in 2009 as more processors shift to retail packs.

A good beekeeper understands bees, and so the first step when getting into beekeeping is research. According to the Kiwimana Beekeeping website (http://kiwimana.co.nz), simple steps to become involved in beekeeping are:

Hives need to be sited in a sheltered, sunny location with sufficient food sources nearby and good access for vehicles. Providing high-quality nutrition will help bee colonies resist diseases, pests and exposure to pesticides and improve pollinator security in New Zealand.

Food sources often flower at different times of the year, and so the hives may need to be moved once or several times per year. Hives can be sited in remote locations if there are sufficient food sources and returns outweigh the cost of helicopter access. Some beekeepers are focusing more on maximising economic return from each hive rather than maximising honey yield per hive.

The flowering season starts in the far north first, in early November, and continues until March, moving down the country.

Minimal infrastructure is required for beekeeping:

The most important asset is knowledge, hence why working with knowledgeable beekeepers while gaining experience is invaluable.
A key step when branching out is gaining permission to access landowners’ properties. APINZ have Land Use Agreement templates on their website for either profit share or site rental arrangements.

There is also the issue of boundary riding – the practice of beekeepers putting hives on land adjacent to a neighbour’s mānuka to access the nectar. Historically there was always a protocol among beekeepers about not crowding each other’s patch, however, nowadays old informal protocols are being overridden by the chase for mānuka honey. This leads to hives clustered around a good crop of mānuka which raises problems of overstocking, bee health, biosecurity and a whole range of issues.

The onset of varroa mite has meant there is now more work required, reducing the number of hives that can be maintained by one person. While previously the maximum number of hives one beekeeper could maintain was around 800, the number has reduced to around 350 hives.

Technology is also bringing change to the industry. Software is being developed to assist beekeepers manage their businesses through hive monitoring equipment that can transmit information about the state of a beehive to a centralised operations centre.

Changes in climate can have a large impact on honey production, increasing volatility of yields with year on year decreases of 40 percent recorded along with spectacular annual increases of over 100 percent. Therefore, beekeepers need to be prepared for volatility.

Due to the varroa mite, pesticides and a severe decline in varieties of nutritional floral resources (food) available, bees are in decline and now rely on humans to survive. Therefore, hives need to be placed near good sources of food. Although undeveloped land is often a good source of food with a range of weeds, gorse, broom, etc., the ‘Trees for Bees’ campaign set up in 2009 by Federated Farmers encourages farmers and others to plant bee-friendly trees to help boost the bee population. 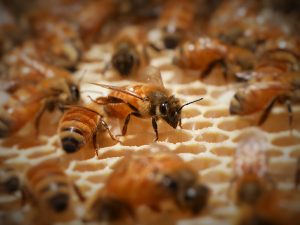 Bee health is of vital importance to the industry. All New Zealand beekeepers are legally required to register their hives/apiaries with the National American Foulbrood Management Agency. American foulbrood disease (AFB) is a disease of honey bee larvae and pupae. It is the most serious honey bee disease in New Zealand, and its control is a major cost to beekeepers.

Unlike in most other countries, New Zealand beekeepers do not use antibiotics to control AFB (the use of drugs to control AFB is illegal under New Zealand law). Control is through managing honey bee colonies to reduce the spread of disease and the destruction of colonies that are found to have AFB.

The necessity to prevent the spread of AFB places restrictions on the way beekeepers manage their hives. When control measures fail and disease levels get out of control, AFB can result in the complete destruction of commercial beekeeping businesses.
Some New Zealand beekeepers have also shown that elimination on a national level is possible. By destroying colonies with AFB instead of using antibiotics, and using management techniques to avoid the spread of the disease to other hives, they have effectively eliminated the disease from their own businesses.

Varroa mite and American foul brood need to be reported, monitored and controlled.

Beekeepers also need to be aware of tutin, which is a neurotoxin present in tutu bushes. It is neurotoxic to mammals, including humans, but not to bees, and in certain circumstances it can make its way into honey. Human ingestion of contaminated honey can cause giddiness, exhaustion, vomiting, stupor and coma. In severe cases, death is possible. 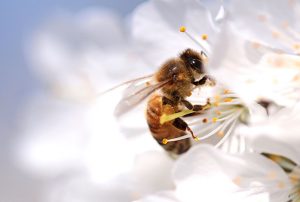 Given the range of revenue opportunities open to a beekeeper, costs and returns can vary dramatically.

The costs associated with starting an apiary will vary depending on the number of hives, and how much travel is involved, along with compliance costs, testing costs and subscriptions to industry organisations.

The cost of bee colonies increased further in 2015/16, driven by increasing returns from beekeeping. Professional valuations of beekeeping businesses placed the value of hives at up to $2000 per hive, based on their income-generation history. Such costs would be borne by those looking to start in the industry, while established beekeepers are able to increase hive numbers by simply splitting existing stock. Beekeepers providing ‘one box’ hives could expect typical returns of $560–800, double the price received the previous year.

Beekeepers paid $789–1009 per tonne dry weight for sugar in 2015/16, similar to the previous year. With higher sugar prices anticipated for 2016–17, there are increasing reports of mānuka honey producers retaining bush honey or clover honey to feed their bees, rather than using sugar for feeding bees over winter.

Beekeepers enjoyed lower fuel prices in 2015/16 compared with recent years. The average price paid for apiary site rentals rose again in 2015/16, as competition for sites increases, especially in the North Island, with 97,387 additional hives in the past season.
A full breakdown of beekeeping costs can be found in the Apiculture Monitoring Report 2016 – Estimated Expenditure for Beekeeping Operations, 2014, 2015 and 2016.

To be economic, a beekeeper requires scale. Beekeepers with more than 350 hives are considered to be commercial beekeepers. Of the 6735 beekeeping enterprises in 2016, 297 had more than 500 hives each, with 36 of those having more than 3000 hives each.
Using the pricing table outlined under the Markets tab, for 100 hives producing light or dark honey at the average yield of 29 kg/hive @ say $10/kg, revenue would equate to $29,000 per year.

For the beekeeper producing the same yield of mānuka honey receiving an average of $30/kg, revenue would be $87,000.
Many beekeeping enterprises are also involved in the marketing and distribution of their own branded products, ensuring they retain a greater share of the profit margin.

Investment opportunities in the honey industry – Coriolis report, May 2012